Who followed EQpassion already for a while, knows that I drive a lot and maybe already heard about my 200,000 km old smart ED3. I have been driving the newer model since 2018 and have already covered over 50,000 km in the first 12 months, due to Corona the next 50,000 km then took 16 months.

Now my little smartEQfortwo, as the first in the world, has now reached the 100,000 km:

I bought the smart because I wanted a smart with a 22 kW fast charger, my old smart electric drive unfortunately does not have one. Bought from the dealer on Friday, I went straight to the Autobahn and to a fast charging point, of course I wanted to see the 22 kW right away. On the following Saturday, I had to have the "22 kW breakfast" at the well known German bakery Schüren in Hilden, 350 km away. This is simply a must when you can finally drive long distances.

Past the Arctic Circle to the North Cape Island

One of my most formative road trips so far took place in the summer of 2018 and took me through Sweden, Finland and Norway beyond the Arctic Circle to the ever-shining sun on the North Cape Island. Scandinavia is beautiful and always worth a trip. During the summer holidays there's t-shirt weather and the area is breathtaking. In addition, all the people are super friendly and helpful. Together with the permanently shining sun, it is like a fairytale and you quickly forget the time.

It is interesting that the smart is hardly known even there.

Charging in itself is not a problem, as many of you know, Norway is a leader in electric mobility and its neighboring countries are not far behind.

At some point I have to experience Scandinavia again with it in winter, it's a completely different world.

Driving the Eurotunnel before it is no longer so easy

In autumn 2019 it was that time again, it was road trip time. The last big road trip was far too long ago and I still had the Eurotunnel on my bucket list.

The EQpassion Community is now represented worldwide and so the goal of the road trip was a smartEQfortwo in the Night Sky edition. Thank's Jason for your time. On the way there I drove through France, with the Eurotunnel to England and from there, on the wrong side of the road, through London to Leicester.

The Eurotunnel itself is a great way to get to England quickly and comfortably. When you arrive in England you will be informed again that you have to drive on the wrong side of the road. The way back then went across Belgium.

If 2020 wasn't such an unusual year would, I would have been on a road trip to Greece in Croatia past Rimac and on the way back to the beach in Bulgaria.

There is still enough to experience between the road trips

No matter whether to Berlin, to Formula E, to the annual German smart ED & EQ meeting in Bad Homburg or spontaneously to Munich, Switzerland or anywhere else. The smartEQfortwo is my first choice, not because it is the fastest option to get there, but because it is the best way to get to know the country and its people. At the end of 2018 and throughout 2019 we also participated at the Eco Grand Prix. In 2018, at the 24h race in Oschersleben, my smart completed the 30,000 km and thus reached the kilometer limit of the 3-year leasing contract.

And how could it be otherwise, in the 24h race we beat the smart from Nextmove. We also contested the Schauinsland hill climb and the night race at the Hockenheimring. To be on all these racetracks with the smart was an experience in itself. Worth a fresh set of tires for the rear axle.

We even won the European Eco Grand Prix Season of 2019. What strikes you on the pictures from 2018: The smart is still black / black, the blue tridion cell came a few weeks later. Since smart doesn't offer my color combination, I had let it be wrapped.

Berlin is a must every year, Friday arrival, Saturday race, Sunday return trip. A little excursion, which unfortunately was denied in 2020 because the races where, due to Corona, without spectators﻿.

In addition to all the big and small road trips, the smart is of course also there to master my every day-to-day route. In winter as in summer, it reliably takes me everywhere, even a solid snow cover roads in the Black Forest doesn't prevent it from that. On the contrary: An electric car handles that better than any combustion engine, as it can readjust much faster.

How is the battery doing?

Despite the fact, that I'm hard on the smart, around 50% of all charges are charged with 22 kW and ecoGP races certainly did not contribute to the health of the battery either, it is still doing well. It currently has 85% remaining capacity. (We're talking about 1.000 cycles) It is interesting that it decreased disproportionately in June / July 2019 and I didn't even notice anything. I only noticed this now while writing this report:

Based on the 85% remaining capacity of my 100,000 km old smartEQfortwo, the prognosis can be made, that the average smart EQ driver will still have 70% remaining capacity after 20 years. A perfectly acceptable value, although I would have liked mine to be at 90% now. 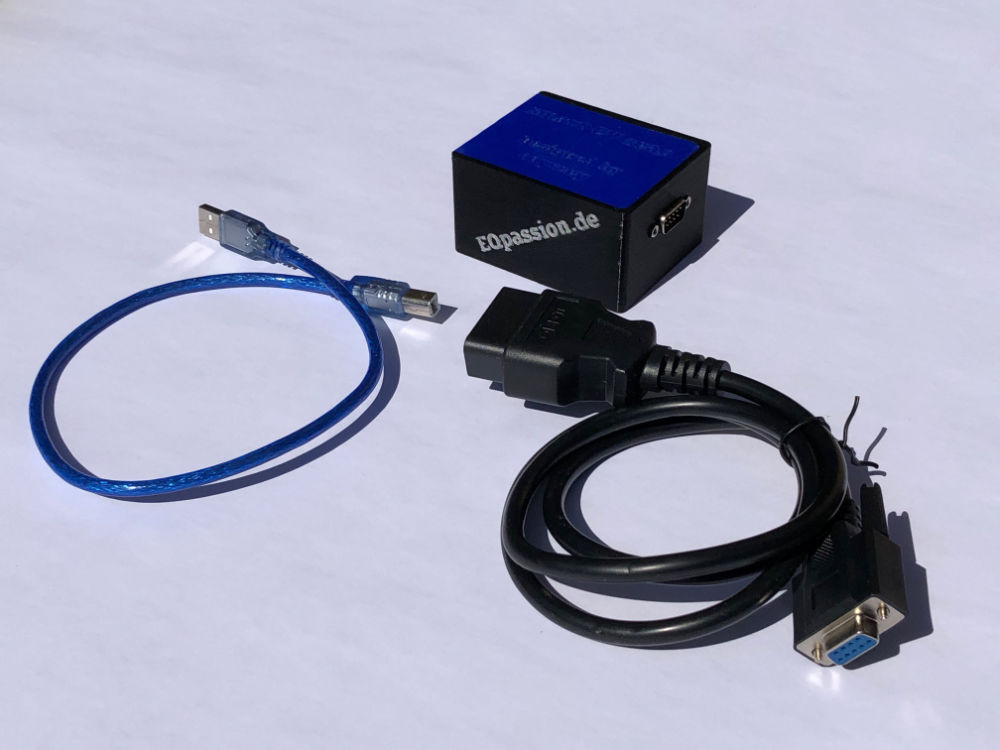 Hard- and software to read out your smart ED & EQ

The smartEQfortwo has to be serviced in the workshop every 20,000 km / 12 months, the service is done rather quick and costs an average of € 130. Of course, including vehicle washing and rental car, for this reason I also advise against the extra maintenance package in leasing, it's not worth it.

Unscheduled in 2018 was the exchange of the instrument cluster, it had a serial error and was exchanged under warranty. After the third rockfall, the windshield began to tear and was replaced in 2020. Tires need to be replaced every 40,000 km. Brake pads and discs are still original, thanks to the regenerativ breaking they are hardly used.

Now at the 100,000 km inspection, the minimally leaky cooler was replaced under guarantee.

In autumn 2019, someone drove in my rear at a the traffic light on the smart and pushed it onto the trailer coupling of the vehicle in front. The ADAC had to take it off the trailer coupling with a car crane. Nothing happened to me or the other road users, my smart was still fully functional and drivable, but of course still had to be repaired afterwards. The rear bumper and paneling, the front radar and various panels as well as the right headlight where hit.

Together with the electricity costs, it becomes clear that the electric smart is a very inexpensive way to get from A to B. 100 km cost between 3.25 € and 4.25 €, with domestic solar power electricity it is even cheaper.

I love my little smartEQfortwo and will probably buy it out after the 3-year lease. Same as our over 200,000 km old smart ED, the little one simply belongs to the family.

With the current fortwo and forfour, smart has found a wonderful combination of price / performance and maneuverability. Due to the significantly improved chassis, it is even more comfortable to drive than the old smart and is even cheaper with the standard purchase battery.